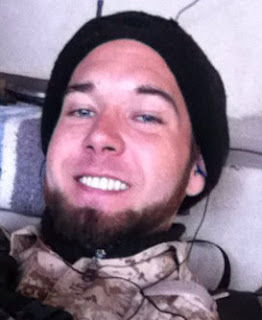 WASHINGTON — A rising number of radicalized young Muslims with Western passports are traveling to Syria to fight with the rebels against the government of Bashar al-Assad, raising fears among American and European intelligence officials of a new terrorist threat when the fighters return home.
More Westerners are now fighting in Syria than fought in conflicts in Iraq, Afghanistan, Somalia or Yemen, according to the officials. They go to Syria motivated by the desire to help the people suffering there by overthrowing Mr. Assad. But there is growing concern that they will come back with a burst of jihadist zeal, some semblance of military discipline, enhanced weapons and explosives skills, and, in the worst case, orders from affiliates of Al Qaeda to carry out terrorist strikes.
“Syria has become really the predominant jihadist battlefield in the world,” Matthew G. Olsen, the director of the National Counterterrorism Center, told a security conference in Aspen, Colo., this month. He added, “The concern going forward from a threat perspective is there are individuals traveling to Syria, becoming further radicalized, becoming trained and then returning as part of really a global jihadist movement to Western Europe and, potentially, to the United States.”
http://www.nytimes.com/2013/07/28/world/middleeast/worries-mount-as-syria-lures-wests-muslims.html?pagewanted=all&_r=0
Gönderen Dr. Yasin ATLIOGLU
Email ThisBlogThis!Share to TwitterShare to FacebookShare to Pinterest
Newer Post Older Post Home