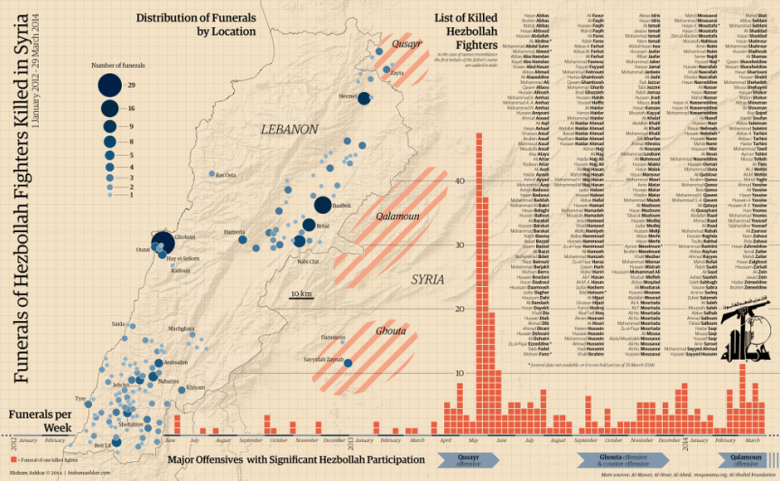 What is the death toll of Hezbollah fighters in Syria?
This issue is still a matter of debate since the beginning of Hezbollah’s intervention in Syria on the side of the Syrian regime. And Hezbollah adds to this ambiguity, by not providing any numbers or other comprehensive information.
The only official statement from Hezbollah came in early December 2013, when its secretary general, Hassan Nasrallah, revealed that the number is less than 250. Around the same time, Syrian opposition(s) and anti-Hezbollah Lebanese groups claimed that the death toll is higher than 500, and even exceeds the 1,000 threshold. Only the Syrian Observatory for Human Rights (SOHR) was in range with Hezbollah’s declaration. It put the number of casualties at 232 on December 1, 2013. The latest SOHR count on March 13, 2014 stands at the number of 332. (Note that SOHR doesn’t provide any list or details.)