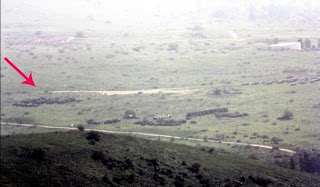 The Zionist enemy on Wednesday boosted its forces near the occupied Golan Heights and the eastern sector of South Lebanon, Al-Manar correspondent reported, indicating that the reinforcement included dozens of tanks and troop carriers.
In parallel, three Israeli bulldozers returned to Wazzani region and proceeded in building a road outside the technical fence, under the protection of a Merkava tank.
Another three Israeli merkava tanks and military hummers also deployed near Shebaa farms during the afternoon, according to Al-Manar correspondent.