US warships to stand off Lebanon- Al Jazeera

Karami: War is Coming and Damascus Summit Would be Held Naharnet

Who will come to the Damascus arab summit ? Voltaire Network
Gönderen Dr. Yasin ATLIOGLU
Email ThisBlogThis!Share to TwitterShare to FacebookShare to Pinterest

Safadi in Damascus for Talks on Arab Gas Pipeline Naharnet

Arab summit must not be compromised Gulf News

Just Who Is the Enemy? (Tariq A. Al-Maeena- Arab News)

Time for generosity with Syria Ha'aretz

US Puts Sanctions on Relative of Syrian President Voice of America

Assassinated Hezbollah operative a legend in his home village in ... The International Herald Tribune
Gönderen Dr. Yasin ATLIOGLU
Email ThisBlogThis!Share to TwitterShare to FacebookShare to Pinterest

Lebanon: Where Do We Go From Here? (Huda al Husseini- Asharq Alawsat)

Syria Yet to Invite Lebanon to Arab League Summit Next Month (Massoud A. Derhally- Bloomberg)

Editor's note: The following is the first section of a report issued by Human Rights Watch on Sunday, entitled "Flooding South Lebanon: Israel's Use of Cluster Munitions in Lebanon in July and August 2006." The Daily Star will publish the rest of the report on Tuesday and Wednesday.

The Israeli military issued a short statement on December 24, 2007, on the results of an internal inquiry into its controversial use of cluster munitions during the 34-day war in Lebanon in July and August 2006. During that short conflict, the Israeli military rained an estimated 4 million submunitions on South Lebanon, the vast majority over the final three days when Israel knew a settlement was imminent. The inquiry was the second internal Israeli military investigation into the use of the weapon, and like its predecessor it exonerated the armed forces of violating international humanitarian law (IHL). Neither a detailed report nor the evidence supporting conclusions has been made public, however, making it impossible to assess whether the inquiry was carried out with rigor and impartiality, and whether it credibly addressed key issues about targeting and the lasting impact of cluster munition strikes on the civilian population.

No cause for celebration Ha'aretz

Robert Fisk: Bloody end of man who made kidnapping a weapon of war (Robert Fisk- The Independent) 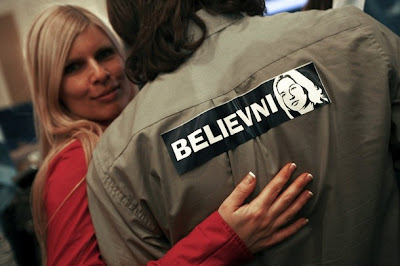 The "Guarantor" and the Conditions for Divorce (Zoheir Kseibati- Al Hayat) 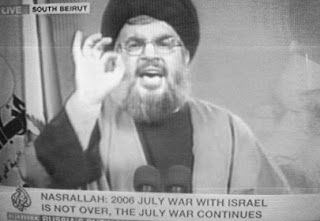 Executive Order: Blocking Property of Additional Persons in Connection with the National Emergency with Respect to Syria- The White House Official Web

No solution in Lebanon The Times

The Hejaz Railway by James Nicolson

A Strike in the Dark/What did Israel bomb in Syria? (Seymour M. Hersh- The New Yorker)

A Lebanese Diva, Performing in Syria, Creates Drama in More Ways Than One (Robert F. Worth- The New York Times)

The city that made me a journalist- BBC News