Arab Imperialism: The Tragedy of the Middle East (Efraim Karsh- The Begin-Sadat Center of Strategic Studies) 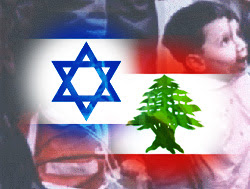