The Sudanese " al-Share' al-Seyasi " daily has expected that President Bashar al-Assad will shortly pay a visit to Turkey following the visit held by vice- President Abdul Halim Khaddam to Ankara in an attempt to open a new page that would minimize the israeli influence in the Turkish policies.

In its analysis issued on December 8, the paper added that many sides considered the Syrian address at the Cairo and Doha summits as a proof for Syria's declared stances, noting " but this address proposes in a new framework especially at the Arab level to get rid off the burden of previous traditional disputes and that the coincidence of the simultaneous Syrian move to Baghdad and Ankara with the eruption of the Palestinian Intifada." The paper added this inclination prompts many observers to look into these changes in that there is an attempt to immunize Damascus position against the consequences resulted from Israel's confusion resulting from its defeat in South Lebanon.

The paper added although some analysts indicate President Bashar al-Assad's desire to form an eastern front including Syria, Iraq and Iran, observers say that this needs also good relations with Turkey with whom commercial trade exchange with Syria was increase from US $ 600 million to US $ one billion. This means that relations between the two countries should not be kept confined to security and water issues and what Israel tries to campaign, rather to open a new page that eliminate the Israeli impact in the Turkish policies and serves the formation of the Eastern Front against Israel.

The paper added that while the Syrian public does not show great interest in the Turkish issue ( relations with Turkey), it has been preoccupied by the Syrian- Iraqi rapprochement and pins great hopes on the reconciliation steps with Baghdad so as to underline the importance of the Iraqi depth for Syria and the importance of having the two states in one front.

The paper concluded as saying that with the positive Syrian official signals towards Iraq, there is a reading for these signals that an alliance will be established between Damascus and Baghdad to withstand the Israeli threats.
Gönderen Dr. Yasin ATLIOGLU
Email ThisBlogThis!Share to TwitterShare to FacebookShare to Pinterest

In a statement to pressmen following the meeting, Vice President Khaddam stressed that between Syria, Turkey and between Turkey and the Arab nation is a long history dates back to centuries and that history should constitute a serious cooperation for the interests of the two peoples and countries.

Replying to a question on the aim of his visit, Khaddam said that President Bashar al-Assad asked him to convey a message to President Ahmad Necdet Ceasar on prospects of cooperation and the development of relations between the two countries in various trends.

Khaddam added he held thorough talks with President Ceasar on bilateral relations and means of developing them, the situation in the region and the current tension and its consequences. Khaddam added that view points were completely identical and that the interests of the two countries require development of bilateral relations and framing them in a cooperation agreement. He added that an agreement will be shortly signed definning principles for such a cooperation and then preparations will be made for a more comprehensive agreement on which relations between the two countries will be built in the economic, political, security and cultural areas so as to maintain a renewable and continuous cooperation.

Replying to a question on the expected visit by President Bashar al-Assad to Turkey, Khaddam said that " President Ceasar renewed the invitation and that this invitation will greatly contribute to developing relations between the two countries.

"Replying to a question on prospects Syria expects from its relations with Turkey, Khaddam said: " we are two neidhboring countries of joint borders and joint and reciprocated interests, All these matters constitute the base for cooperation between the two states." He added he felt a sesious desire at the Turkish side to work together for boosting joint relations.

Replying to a question on Syria's position concerning the current confrontation between the Palestinians and the Israelis, Khaddam said: " What is taking place now between our Palestinian brothers and the Israelis reflect the peace crisis. A peace which Israel had obstructed.

He added "When Israel refuses to abide by international resolutions and close the doors before the peace process, when it tries to annex the holy sites and denies the Arabs their basic rights, all these resulted to the current state of explosion and escalation in the already existed crisis as a result of occupation and the Israeli policies.."

Khaddam added that the whole international community has become familiar with the complexities place by Israel before the peace process and that the Turkish side recognizes the dangers of the current condition.

He expressed in conclusion of his statement satisfaction over the results of the talks he held in Turkey concerning all debated issues.

Later in the day, Khaddam and members of the accompanying delegation returned back in Damascus following a two - day official visit to Turkey.
Gönderen Dr. Yasin ATLIOGLU
Email ThisBlogThis!Share to TwitterShare to FacebookShare to Pinterest 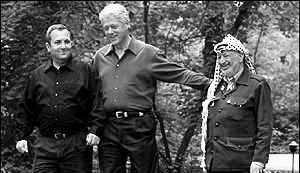 After the last days are done (Gamil Mattar- Al-Ahram Weekly)

SOURCE: Arabic News
Syrian vice President Abdul Halim Khaddam on Sunday received two following legislative decrees no. 9 and 10 for the year 2000, which provide for raising the military grade of col. Bashar Hafez al-Assad to a Lt. Gen. as well as to appoint him as a commander general for the army and armed forces.
The following is the text of legislative decree no. 9: Legislative decree no. 9
Vice President According to the provisions of the constitution, decides the following Article 1- col. Bashar Hafez al-Assad's military grade is to be raised to a Lt. Gen. As from June 10, 2000 Article 2 this legislative decree is to be published in the official news paper and considered to be valid as from the date of its issuance.
The legislative decree no 10 also issued by vice President Khaddam says Article 1. Lt. Gen. Bashar al- Assad is to be appointed as a commander general of the army and armed forces.
Article 2. this decree id to be issued in the official news paper and considered as valid as from the date of its issuance.
Gönderen Dr. Yasin ATLIOGLU
Email ThisBlogThis!Share to TwitterShare to FacebookShare to Pinterest

SOURCE: BBC
Syrian President Hafez al-Assad, a dominant figure in Middle East politics for over a quarter of a century, has died in Damascus at the age of 69.
The president's death was announced on Syrian television by a visibly upset presenter, who said it was a day of sorrow and pain in every house, school, factory and farm.
The Syrian parliament almost immediately amended the constitution to allow his son and heir, 34-year-old Bashar al-Assad, to succeed him as president - even though he is under the minimum age of 40.
President Assad's death comes at a critical time in the Middle East peace process, with Syria this week agreeing to work with the United States towards a revival of stalled talks with its rival Israel.
'Courage and vision'
The television statement said Mr Assad had "struggled for more than half a century for the sake of the Arabs' pride, unity, freedom, and for the sake of safeguarding their dignity and restoring their rights".
"His courage has never been weakened, his vision has never been narrowed, and his convictions have never been shaken."
Members of parliament were visibly distraught when they were informed of the news.
Shortly after the announcement of the president's death, crowds of people began to gather in the streets around Mr Assad's home in Damascus.
In the centre of the capital, hundreds of people demonstrated in support of Bashar al-Assad.
Reports said the late president's funeral would be held on Tuesday.
The Syrian Government has announced 40 days of official mourning for its leader. Flags will be flown at half-mast throughout the country, and in all Syrian embassies and diplomatic missions abroad.
Regional power
The Lebanese President, Emile Lahoud, says he was the last person to talk to Mr Assad.
He has sent a telegram of condolence in which he says Mr Assad died while talking on the phone to him.
Correspondents say that in recent public appearances Mr Assad's walking had been stilted and his conversation slurred.
He had been in power since 1970. In November of that year, he led a peaceful coup, arresting and quietly imprisoning his political opponents.
Under his leadership, Syria was transformed into a major regional power.
Israel foe
President Assad was responsible for sending Syrian troops into Lebanon in 1976.
An implacable foe of Israel, he refused to hold negotiations with the Jewish state until the historic 1991 Arab-Israeli summit in Madrid.
But the Syrian track of the peace talks has always been the slowest moving, largely because of Mr Assad's cautious approach.
He tried to move closer to the West after the collapse of the Soviet Union and supported the allied coalition in the Gulf war against Iraq.
President Assad's death occurred only a week before the opening of a key conference of the ruling Ba'ath party.
Delegates had been expected to name Bashar al-Assad vice-president and a member of the party's regional command at the conference.
Gönderen Dr. Yasin ATLIOGLU
Email ThisBlogThis!Share to TwitterShare to FacebookShare to Pinterest

Turkey moves for thaw with Syria

Turkey's Economy Minister, Redjep Onal, has started talks with Syrian officials in Damascus, aimed at boosting the dwindling trade between the two countries.

Mr Onal, who is accompanied by more than a hundred businessmen, said the visit marked a new period, in which they would cement the warming political ties with economic cooperation. 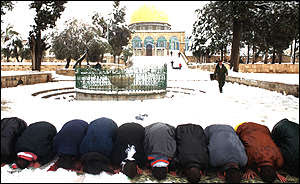