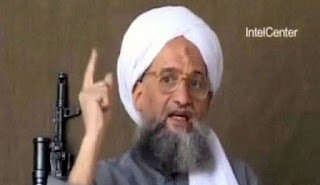 In a two-hour and 12-minute video posted on Islamist websites on Wednesday, Ayman al-Zawahri also called U.S. President Barack Obama a 'liar' and 'one of the biggest supporters of Israel.'
Al-Qaida leader Ayman al-Zawahri has called on Muslims to kidnap Westerners, join Syria's rebellion and ensure Egypt implements Sharia law, SITE Monitoring reported, citing a two-part film posted on Islamist websites.
"We are seeking, by the help of Allah, to capture others and to incite Muslims to capture the citizens of the countries that are fighting Muslims in order to release our captives," he said, praising the kidnapping of Warren Weinstein, a 71-year-old American aid worker in Pakistan last year...