Who Was Wissam Al-Hassan?- Al-Akhbar 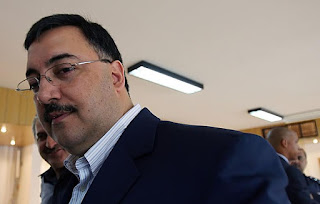 Brigadier general Wissam al-Hassan, killed Friday by a large explosion in Beirut's Achrafieh district, was a top security official and a mysterious, controversial player in the Lebanese political-security arena since 2005.
His last posting was as the head of the Internal Security Forces' (ISF) controversial Information Branch, considered a divisive security apparatus because of the strong backing it enjoys from the opposition March 14 coalition, and a number of raids it conducted against people affiliated with the ruling March 8 coalition. He was in charge of the ongoing investigation against former Lebanese Information Minister Michel Samaha. Samaha was arrested in August over allegations that he was plotting to plant explosives in the northern city of Akkar at the behest of the Syrian government.
The ISF's information branch was created in the aftermath of former prime minister Rafik Hariri's assassination in 2005. It was considered a counterweight to Lebanese military intelligence which is seen to have close relations with Damascus. The newly-formed security apparatus was largely trained and supplied by US and pro-US Arab intelligence services, including Saudi Arabia...