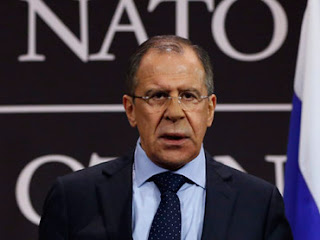 The Russian Foreign Ministry has told its NATO partners that it hopes there will be no attempts at military intervention in Syria.

Lavrov advanced Russia’s firm position on Syria after a meeting of the Russia-NATO Council in Brussels on Tuesday.

"We hope there will be no foreign interference," he said.

Moscow, which is pushing for a diplomatic resolution of the Syrian conflict, has regularly met with both the Syrian rebel opposition as well as those who are loyal to Syrian President Bashar Assad, whose rule has been fiercely challenged by a 20-month political uprising.

Meanwhile, Lavrov revealed that NATO shares Russia’s belief that a military solution to the Syrian problem is non-existent.

"Our partners touched upon the Syrian situation and assured us they were seeking an exclusively peaceful solution,” he disclosed. “They said a military solution to the conflict was non-existent – and we fully agreed with them."